Search
Enter a search term above and hit enter

“It looks amazing! The cinema guests are overwhelmed when the picture in the vignette moves from the cinema screen into the top of the dome.” Espen Pedersen from Nordisk Film Cinemas
“It was a particular challenge to operate on such a huge surface. But we are proud to have mastered the calibration procedure accordingly and achieve such a high precision of overlap.” Sven Giersch from Vioso
“It was awesome to see the content nicely aligned to the features of the historical ceiling – as if the architecture was made to be a projection screen from the very beginning.” Emanuel Züger from Vioso
“It looks incredible! The colourful animated content started on the big screen and then exploded right across the dome. Everyone burst into applause. Even though I knew what to expect – this immediate response from the audience sent chills up my spine. The content had a stylish 3D effect making the dome no longer feel like a dome.” Vegard Børresen, Optoma ProAV Sales Manager
“Without Optoma projectors at this price, this project would not have happened at all.” Henry Cummings from Nordisk Film Shortcut

Optoma at the Colosseum in Oslo, Norway

Challenge:
The Colosseum cinema in Oslo, wanted to create an unforgettable lightshow experience by projecting above the audience onto its iconic 32 metre high, 45 metre wide spherical dome. As they would be installed on a small, hard-to access ledge, the projectors had to be bright, reliable and need minimal maintenance.
Solution:
Vioso blended and warped the imagery from sixteen 8,200-lumen ZU850 laser projectors, installed around the base of the dome, to project one seamless image. It synchronised the content with the theatre’s main auditorium projector to create a dynamic experience where the imagery sweeps across the cinema’s new 22m wide projection screen and up into the dome.
Results:
Espen Pedersen from Nordisk Film Cinemas, said: “It looks amazing! The cinema guests are overwhelmed when the picture in the vignette moves from the cinema screen into the top of the dome.” 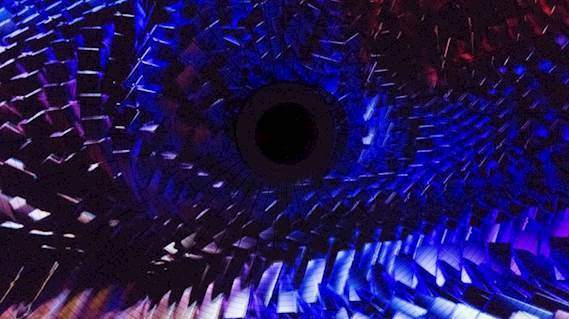 Cookies are small text files which are stored in your web browser.

These are cookies that are required for the website to work. You can disable these using your browser settings, but the website may not function correctly.

These cookies help us improve our website by collecting and reporting information on how you use it. They do this in a way that does not directly identify you. If you disable these, we will not be able to see how you use our website.

These cookies help us enable extra functionality via our chosen partners, for example to enable the use of third party content and video providers on our website. If you disable these, some interactive functionality on the website will no longer work.